Natural disasters are ruthless, and there is love in the world --- Weisheng Alum

After the typhoon "Winbia", due to heavy rain, some areas in Lintong were severely damaged, houses collapsed, roads and bridges were destroyed, which brought major losses to people's lives and production.

On August 26th, during the donation ceremony of the Lintong County typhoon and rain disaster organized by the County Economic and Information Bureau, Weisheng Aluminum actively responded to the call, dedicating love to the disaster area, donating 50,000 yuan, and contributing to the reconstruction of the disaster area with actual actions . 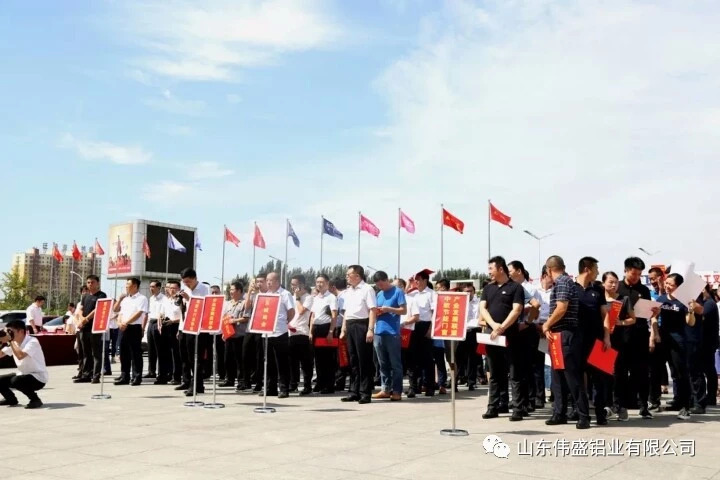 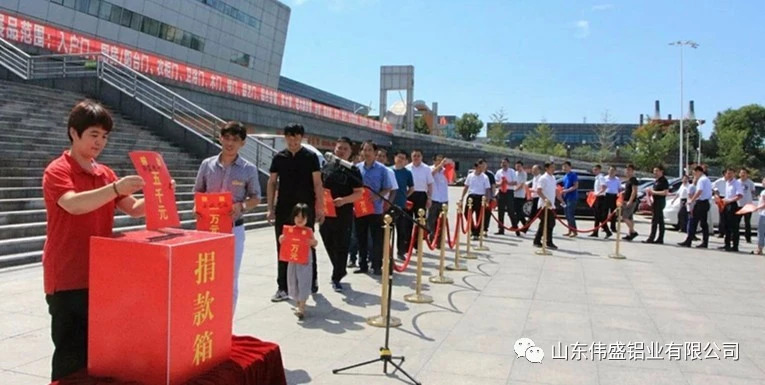 In recent years, Weisheng Aluminum has actively responded to the call of the county party committee and county government to promote the conversion of old and new kinetic energy, implement industrial transformation and upgrading, and is committed to the "one body and two wings" development strategy, and the company has achieved considerable development. For a long time, Weisheng Aluminum has not forgotten its original intention, kept its mission in mind, and actively fulfilled its social responsibilities. It has donated to Weisheng Hope Primary School, set up financial assistance for poor family employees and financial assistance for poor college students, proactively paired with poor old party members, and dealt with poverty in Dongcheng. Families implement targeted poverty alleviation, carry forward traditional virtues, promote social integrity, and shoulder social responsibility.
Natural disasters are ruthless, and there is love in the world. Weisheng Aluminium Co., Ltd. is devoted to the disaster-stricken area, extends a hand of love, and does its utmost. We hope that the people in the disaster-stricken area will rebuild their beautiful homes as soon as possible and contribute to the economic and social development of Lintong!
Prev：Gu Jianhua, Deputy Director of the Standing Committee of the People's Congress o Next：A relative of the global aluminum industry-nearly 60 domestic and overseas merch